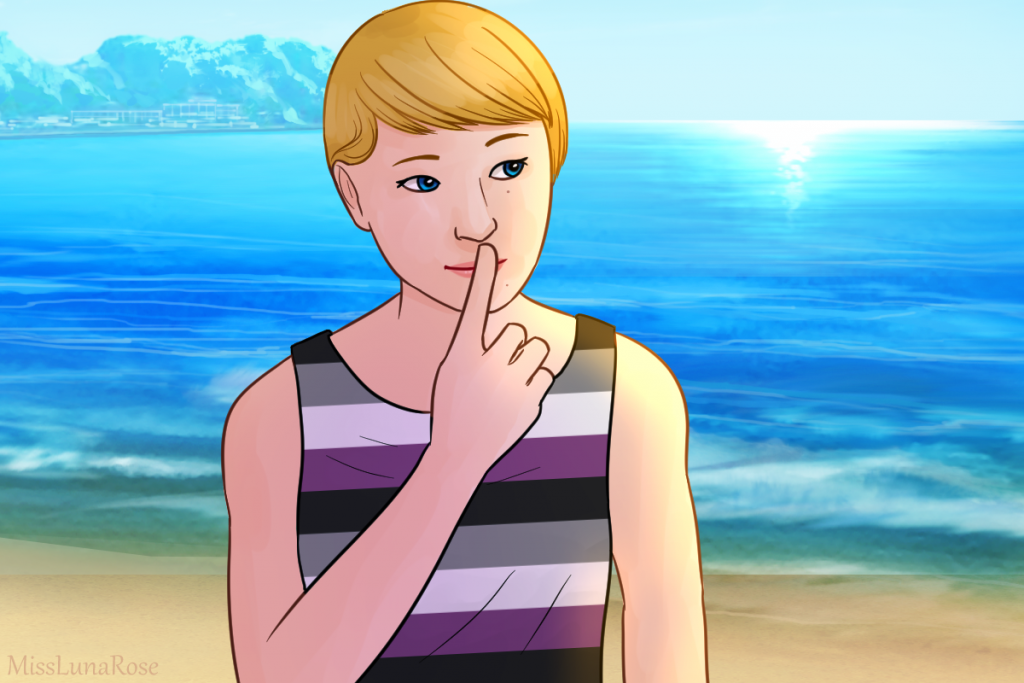 Most people believe that there are only three types of sexual orientation: heterosexuality, homosexuality, and bisexuality, and not everyone knows that there’s also a fourth one – asexuality. Yes, there are people out there who aren’t interested in sex at all. No, they’re not sick, they’re not addicts, and they don’t suffer from some kind of disorder or disease. They’re just asexual. Want to know what it’s like to be in their shoes?

What is an asexual person?

So, what does it mean to be asexual? Let’s start with some basic information first. Asexuality is the complete absence of sexual desire. Sometimes, people misinterpret the term, believing that asexuals are simply afraid of relationships or intimacy. But it’s not like that. Asexuals don’t feel sexual attraction to anyone and, as a rule, have no interest in sex life whatsoever.

Also, it would be wrong to assume that if asexuals don’t have sexual desire, they can’t experience at least some romantic feelings. Asexuals don’t reject love; they can feel attraction, but it has nothing to do with sex. They believe in platonic relationships, high feelings, and deep affection that arise between a man and a woman.

Although asexuals aren’t sexually attracted to other people, some of them still enter into intimate relationships to please their loved ones or to conceive.

In modern society, where sex plays a huge role, and people believe that without intimate relationships, life is dreary and joyless, asexual people often feel pretty uncomfortable. In addition, it is much more difficult for an asexual to find a pairing because not everyone understands why a person doesn’t want sex at all.

To better understand who asexuals are, we should turn to the psychological aspects and characteristics of their personality. Science defines the concept of asexuality as the complete absence of or extremely weak sexual desire. Men and women who show these traits have distinctive features in comparison with other people who have a non-standard attitude towards their sexual desires.

Asexual people are fully capable of falling in love, and their relationship can look quite convincing. But creating a semblance of normal relations takes a lot of time and is very difficult to do. In the movies, you can often follow the relationship of two attractive people. They show them because, in Hollywood, they know that your brain can figure out what a relationship may lead to. But for asexual viewers, films with love stories seem meaningless and boring.

Dating an asexual may be tough, but still, these people are not robots. They understand that for most of us, sex is a necessary part of a healthy relationship. Some of them are opting for open relationships that allow partners to express their sexuality without them. Others are looking for less radical ways. However, people build strong relationships regardless of difficulties. It may seem to some that building an open relationship, in this case, may be the best option. However, reluctance to have sex doesn’t mean that you’re unable to feel jealous. And there’s also the fear that your loved one may decide that they want to stay with someone who “understands” sex.

You can be asexual, but you can enjoy sex

Do asexual people have sex? Sure thing they do. Their intimate organs function the same way as ordinary people’s ones. And like others, they’re fully capable of experiencing an orgasm. But some asexuals find sticky, wet, and awkward sexual intercourse repulsive.

Asexual people, like all of us, are curious about what they need their genitals for. And many of them, if not the majority, start experimenting at some point. Some even enjoy the process, and it’s not always associated with attraction to a human body. In fact, for some asexuals, thoughts about people make it difficult to keep an erection.

How to know if you’re asexual

How to tell if someone is asexual? First of all, this condition is totally different from sexual abstinence, celibacy, low libido (which can be caused by health problems), a consequence of hormonal imbalance, or fear of sexual relations. Moreover, asexuals can date ordinary folks, experience emotional affection (platonic love), and have kids. Even sexual arousal and orgasm don’t contradict the concept of asexuality, and some asexuals have sex if they have a romantic partner who wants it.

By the way, there are different types of asexuality: romantic – asexual relationships which are often associated with sympathy and affection, and unromantic – deep emotional and psychological affection without sex. Romantic attraction devoid of sexual desire can be heteromorphic – that is, to a person of the opposite sex, or, accordingly, homomorphic.

Members of AVEN, the world’s largest web community for asexuals, say that in a world, where everything revolves around sex, many people with no sexual desires may feel marginal because of asexuality being considered a sexual disorder, which can lead to low self-esteem, anxiety, and tendency to depression.

Although scientists studying the physiology of asexuality suggest that in this state, the ability to genital arousal doesn’t disappear, but there may be difficulties with the so-called subjective arousal – on the spiritual and emotional levels.